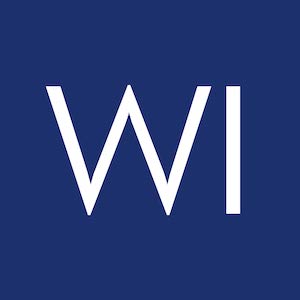 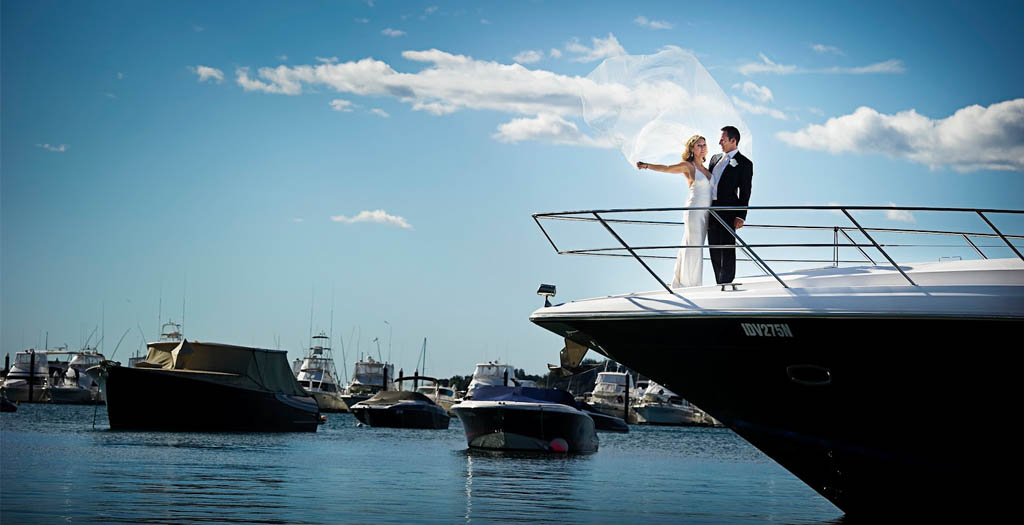 When you think of celebrity weddings, you think of a sumptuous event in a luxurious setting such as a castle or a manor house, but also of unusual locations. Yachts offer a beautiful option for a wedding that is original, luxurious, and unforgettable. Celebrating your wedding onboard also appeals to famous people who want an intimate wedding far from the flashes of the paparazzi.

The widow, for 5 years, of the American president, said yes to the Greek shipowner and businessman, Aristotle Onassis, on October 20, 1968 on the latter’s yacht, the famous Christina O. Jackie was then 39 years old and he was 62 years old. The marriage was strongly criticized at the time and misunderstood by the First Lady’s family and ex-family.

Americans are disappointed by the First Lady’s choice, an older man, orthodox, divorced with a tumultuous past with the singer Maria Callas.

The celebrities set sail for Skorpios Island, in the Ionian Sea, to enter the small round chapel, surrounded by cypress trees. The bad weather unfortunately did not prevent them from sealing their union, surrounded by their family, a few anonymous friends and Mr. Giorgiakis, at the time director of business of Onassis and former Minister of Tourism. The festivities continued on the yacht of the rich businessman, the very famous and luxurious Christina O, on which Prince Rainier III of Monaco and Grace Kelly were married in April 1956.

Despite the couple’s desire to prepare and celebrate their union in a certain intimacy, the island was quickly surrounded by boats, crowded with furious journalists that the speedboats of Onassis’ fleet tried to push back. After the blessings pronounced in Greek and English, the whole team joins the famous and luxurious yacht where the reception takes place in all simplicity. Christina O is the boat where they had met a few years earlier.

2. Neil Young and Daryl Hannah: an intimate ceremony on the sailboat WN Ragland

On August 25, 2018, the famous singer-songwriter-musician Neil Young sealed his union, after 4 years of romance, with his girlfriend, actress Daryl Hannah, during a small ceremony in Atascadero, California. He was 72 years old at the time and she was 57 years old. Photos were banned by the host hotel on the day of the second ceremony. Hotel guests were then only allowed to keep a heart-shaped medallion, offered by the star couple, as a souvenir.

The latter followed an even more intimate first ceremony, celebrated off the coast of the San Juan Islands in Washington State at the end of July of the same year, on board the sailing ship, the WN Ragland, belonging to the emblematic rocker. Neil Young has owned this Baltic trading schooner, 30 meters long and dating from 1913, for more than thirty years. He named it after his grandfather. He has given it unlimited care and maintenance.

3. Heidi Klum and Tom Kaulitz: a sumptuous wedding aboard the world’s most iconic superyacht

Most recently, the marriage of model Heidi Klum and Tom Kaulitz, the guitarist of the emo band Tokio Hotel, took place on August 3, 2019. The ceremony follows the civil marriage that took place 5 months earlier, on February 22nd, in California. Seal’s ex is then 46 years old and he is 29 years old.

It was the superyacht Christina O that the celebrity couple decided to rent to say yes to each other, off the coast of Capri, Italy. An anti-paparazzi device was deployed. Surrounded only by their relatives, family and friends, the couple organized a magnificent ceremony on board one of the most famous and mythical yachts, which belonged to the billionaire Onassis. White and pink roses were scattered on the luxurious boat, transforming it into a romantic setting. Equipped with a helicopter pad, a mosaic swimming pool, a spa, a movie theater and a ballroom, the superyacht is rented for about $700,000 per week.

For the occasion, Heidi wore a bustier meringue dress with puffed sleeves made of brocade and lace, and Tom wore a light blue shirt and cream suit. Including the rental of the Christina O and seaside activities such as jet-skiing and canoeing, the marital weekend cost around $3 million.

Pharrell Williams, the famous rapper-songwriter and stylist, married model Helen Lasichanh on October 12, 2013. The lovebirds had been together for 5 years and already had a 4-year-old son, Rocket. The private ceremony started at the Miami Botanical Garden. The festivities continued for the couple, their friends and family aboard the yacht Never Say Never.

Surrounded by gratin guests such as Busta Rhymes and Usher, the celebration took place to music! The photographer was also not chosen at random. It was the famous Terry Richardson, who took a lot of pictures during the event. For the occasion, Pharell wore a red tartan tuxedo and Helen a blue tartan dress.

The celebrity couple rented the Never Say Never yacht, 40 meters long, to celebrate their wedding. The weekly rental of the boat costs around 80,000 dollars. The luxurious motor yacht was built in 2011 by Sunseeker and decorated by Ken Freivokh. It has its own helicopter runway and jacuzzi.

5. Brooke Burke and David Charvet: the secret wedding on board a private boat

It was not in Malibu, but on board a private sailboat anchored on a beach in St. Barthélémy that the actor of the famous American series Malibu Alert, David Charvet, married his fiancée at the time, Brooke Burke, on August 12, 2011. After 6 and a half years of love, more than 5 years of engagement and two children together, Heaven Rain and Shaya Braven (then 4 and 3 years old), they decided to take the plunge.

The couple then stayed on the paradisiac island of the French West Indies for the vacations and decided for the occasion to rent a yacht to get married. The ceremony took place in total privacy. Nevertheless, photos of the wedding were sold by the singer-actor, himself, to Gala, to whom he will give an exclusive interview. The only guests on board were the lucky ones, their children and their witnesses, for him, his best friend and her, his two daughters, Neriah, then 11 years old and Sierra, 9 years old. The captain of the boat even played matchmaker. David thought of everything as he discreetly brought the Mark Zunino dress and diamond encrusted Jimmy Choo heels on board for Brooke.

These five star couples decided to get married at sea, on a boat in their possession or for rent. They all chose to celebrate their wedding on board a yacht to preserve, in their own way, their intimacy, but also to organize a unique and memorable event. Depending on their tastes and desires, they have opted for yachts of varying sizes and luxury, ranging from private sailboats to superyachts and schooners.

You too want to make an event memorable?

No matter the size or luxury of the boat, they all seem to have sealed their union in a unique and intimate place, making their wedding day unforgettable. Let us give you advice on the best yacht to make this event memorable.

The Top Catastrophic Mistakes to Avoid when Chartering a Yacht 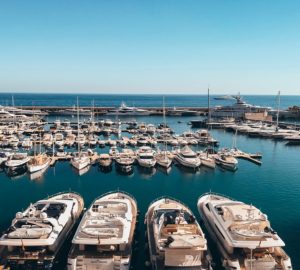 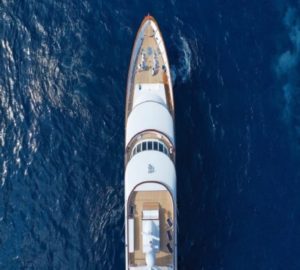