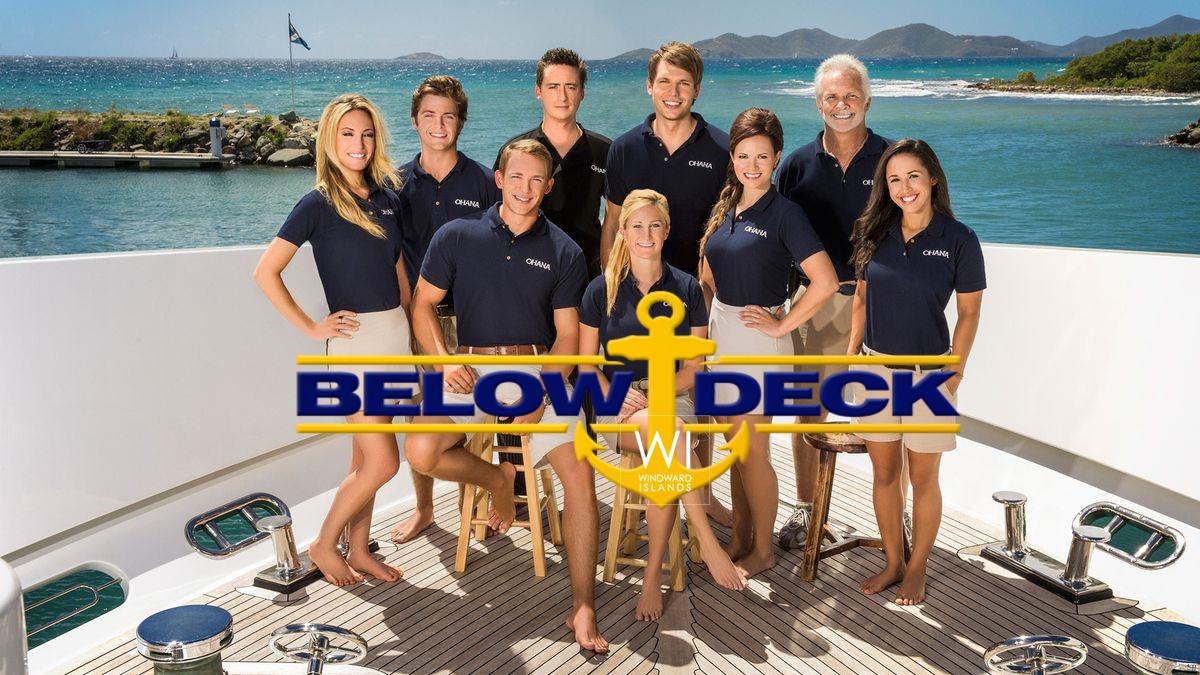 The yachts in Below Deck are the real shining stars of the TV show when you are a true sailing enthusiast.

After the success of the original Below Deck shot in the Caribbean and Polynesia on the Bravo TV channel, the saga continued in 2016 in the Mediterranean to feature European hotspots, including Italy, Spain, France, Greece, and Croatia. In 2020, the second spin-off of Below Deck, Below Deck Sailing Yacht is launched for two seasons in Greece and Croatia.

In May 2021, Below Deck Down Under, a new spin-off is ordered by the streaming service Peacock. It will film the ‘upstairs and downstairs of a real working superyacht’ in Australia.

Find out more about the yachts that appeared in Below Deck: their main specifications, their price, or their availability for charter.

Honor is a 163,8 feet Benetti superyacht, appearing in the first season of the TV show. Her actual name is now Lumiere but was before Sotavento and Cuor di Leone. In the show, the ship was captained by Lee Rosbach around Sint Marteen.

Launched in 1999 and refitted in 2010 and 2020, she accommodates up to 12 guests in 6 cabins. She offers a stunning deskspace with a sprawling sundeck, jacuzzi, outdoor cinema, and a wide range of water toys.

Must-Read : How much does it cost to charter a yacht?

Ohana from a real name Rhino appears in the second season shot in BVI.

This stunning 154′ superyacht has beautiful decks, a stunning outdoor sundeck, and a horseshoe outdoor bar. Launched as Roxanan by Admiral Marine in 1998, she gets a total refit in a modern look after having been showcased.

Accommodating up to 10 guests and 10 crew, she offers a 6 person jacuzzi and a sundeck with a huge barbecue grill.

Eros or Stay Salty (ex. Mustang Sally) appears in the famous TV show in the 3rd season shot in the Bahamas. The shipyard Trinity Yachts built this 161-foot superyacht in 2008 for Tim Hortons founder. Geoff Vann Aller took care of the exterior design.

She can accommodate up to 12 guests and 10 crew members and offers a beautiful tri-deck with a saloon and sky-lounge jacuzzi.

On this topic: How much does it cost to own a yacht?

Valor is the most recurring yacht in Below Deck appearing in seasons 4,5 and 7 respectively shot in the US Virgin Islands, in Saint-Martin, and Phuket in Thailand.

This 154-foot superyacht built by Feadship in 1990 accommodates up to 12 guests and 11 crew members. Designed by Frits De Voogt, her real name is BG from her owner Bobby Genovese.

With a sprawling aft deck, perfect for sunset dinners and afternoon lounges, boutique hotel-inspired interior, and a wide range of water toys, her weekly charter price starts at $168,000 by winter in the Caribbean and from $170,500 by summer in the Mediterranean.

Motoryacht My Seanna in seasons 6 and 8 of Below Deck

My Seanna is the yacht you see in the 6th and 8th seasons sailing around Tahiti in Polynesia (6th season) and Antigua (8th season). Built-in 2000 by Delta Marine, she is 184,97’ in length. Key features include onboard cinema, jacuzzi, and spacious beach club.

Ionian Princess was named from the TV show itself when she appears in the first season of Below Deck Mediterranean shot in Greece.

The 150’ was built by the shipyard Christensen, launched in 2005, and last refitted in 2016. She can host up to 12 guests in 6 different cabins and features a stunning and chic design interior, and a sundeck with a jacuzzi.She is listed for sale at $13,750,000 and can be chartered for $175,000 per week but she isn’t currently available.

Sirocco in seasons 2 and 4

Sirrocco is a 154,2 feet superyacht launched in 2006 by the shipyard Heesen. She appears in the second and the fourth seasons of Below Deck Mediterranean shot respectively in Croatia and France.

Sirocco accommodates 12 guests who can enjoy an 8 pax jacuzzi and striking exterior and sundeck. She features an African chic interior and impressive design and amenities. She also offers a nice range of water toys.

Today, she’s available for charter throughout the Mediterranean from $219,000 per week during the low season and she is estimated at around $18 million.

Curious about which Mediterranean island could be good for you? Follow the guide!

Talisman Maiton in Below Deck season 3

You can watch Talisman Maiton, built and launched in 2006 by Proteksan Turquoise, in the third season of Below Deck in the Mediterranean shot in Italy.

Named for an island in Thailand, her interior is inspired by Asian influences, but most recently refit in 2016 with a timeless Art Deco aesthetic.

With her 177 feet length, she is suited for housing 12 guests in six rooms in addition to a 13 person crew. She features a sundeck spa pool with a beautiful bar, a full-service gym, and an observation deck with panoramic views.

The Wellington in the fifth season

The Wellington, from her real name The Wellesley, is a beautiful 184,5 feet Oceanco built-in 2013. This superyacht is owned by Khalid Affara. Donald Starkey recreates with his design the grandeur of the Wellesley Hotel in Knightsbridge. She accommodates up to 12 guests.

Showcased in the 5th season of Below Deck Mediterranean shot in Spain, her charter price goes from $280,000 to $304,500 per week in the Mediterranean.

Lady Michelle will be the star of the 6th season of Below Deck Mediterranean shot in Croatia and set to premiere on 28 June. Her previous names were Cakewalk, Altitude, and Amnesia.

With her 180’, this Benetti superyacht accommodates 12 guests in 6 cabins. Launched in 2003, she got two refits in 2016 and 2018. Lady Michelle features elegant interiors and a spacious aft deck with open lounging, seating, and dining areas. She also offers a vast sundeck with a spa pool and gymnasium, but also a wide range of water toys.

Lady Michelle is available to charter from $275,000 in the Caribbean. She is estimated to $19,5 million.

Parsifal III appears in the two seasons of the spin-off Below Deck Sailing yacht, captained by Glenn Shepard around Greece (season 1) and Croatia (season 2). Launched in 2005 by Perini Navi, this 177,2ft superyacht was designed by Remi Tessier. She can accommodate a total of 12 guests and 9 crew.

She is available from $237,500 to $274,000 per week to charter her around the Mediterranean and the Caribbean winter time.

More info about Below Deck Yachts?

Our worldwide team of professionals is here to answer all your questions!

FAQ about Below Deck yachts

What are the yachts in Below Deck Mediterranean ?

The yachts in Below Deck Mediterranean are Ionan Princess in season 1, Sirocco in season 2 and 4, Talisman Maiton in season 3, The Wellington in season 5 and Lady Michelle in season 6.

How much does it cost to charter a yacht from Below Deck?

The cheaper yachts from Below Deck can be chartered for $140,000 a week. The most expensive ones have charter costs close to $300,000 per week.

In which Below Deck season My Seanna is displayed?

My Seanna is displayed in Below Deck season 6 and 8.

How much does My Seanna from Below Deck cost?

How much does the yacht Ohana from Below Deck cost?

Can you charter yachts from Below Deck?

Yes, most yachts from Below Deck can be chartered.

What is the price of the yacht Eros from Below Deck?

Who owns the Talisman yacht on Below Deck?

The owners of the Talisman are three brothers : Mark, Trevor and David Pears.

How big is Ohana yacht on Below Deck?

How much does it cost to charter the yacht Honor from Below Deck?

Best Sailing Destinations : our top 9 for the Mediterranean 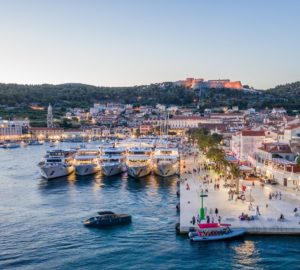 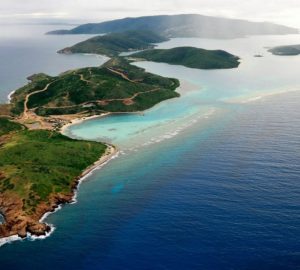