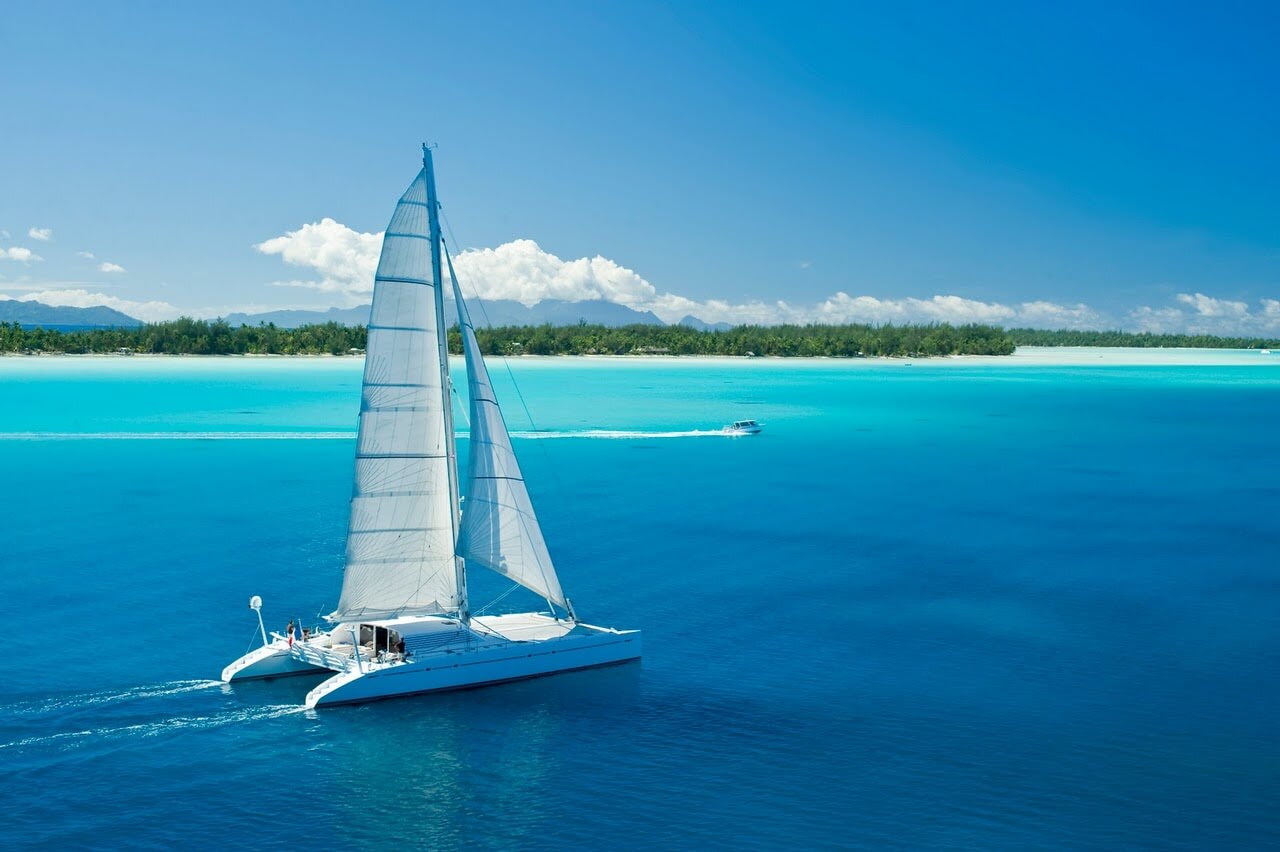 Designed the Multiplast shipyard in accordance to very demanding specifications, the Magic Cat Catamaran has been the subject of a rigorous control in the control and calculation of the weight of all the elements combined.
The central platform for example, was constructed of carbon fiber and polymerized under vacuum. What is today is the expression of the most powerful technology to obtain a light and solid structure which gives stability and security.
In addition, Magic Cat's rig benefits directly from the lessons learned from offshore racing. It has a carbon wing mast with no spreader, anchored on carbon frames (with Kevlar stays).

As a result, Magic Cat is one of the fastest cruising yachts on the planet and has already made several rounds of the world. It is able to sail faster than the actual wind, reaching a speed of 20 knots (37 km / h) when the wind only blows at 18 knots (33 km / h). And the speedometer often climbs beyond 25 knots (46 km / h). In the light weather, it displays insolent performances thanks to an extreme control of the weight of the inevitably consequent developments on a unit of this type. With 5 knots (9 km / h) of wind, the catamaran is already at 9 knots (17 km / h). In fact, never has a cruising catamaran been so fast, all in comfort and perfect safety for sailing enthusiasts.

Charteing Magic Cat is possible in the Mediterranean from Spain to Turkey. It will allow you to travel long distances from Barcelona to the Balearic Islands, from Sardinia to Sicily or even across the Cyclades in Greece. 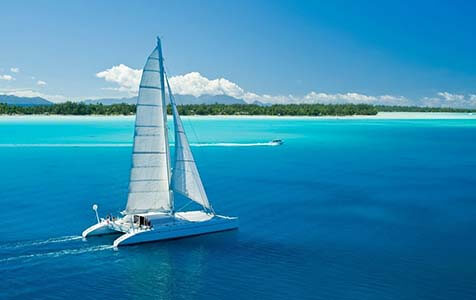 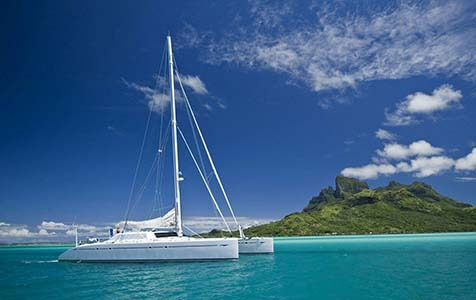 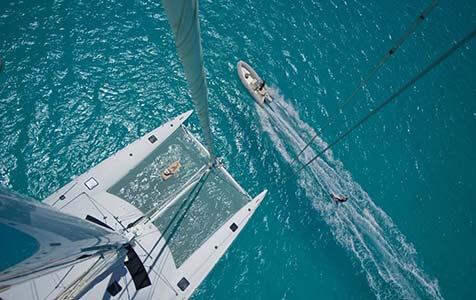 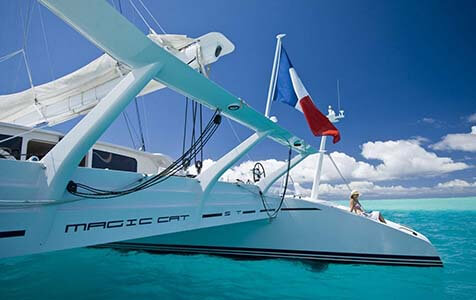 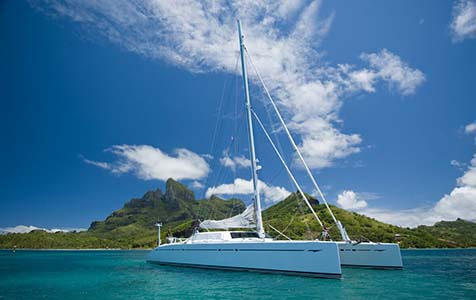 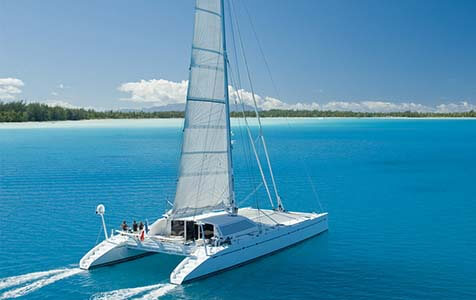 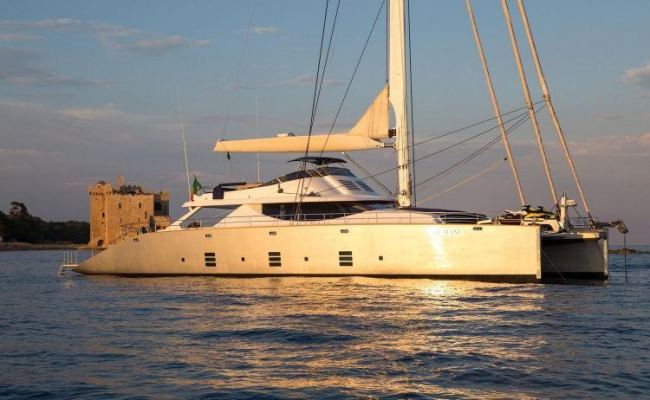 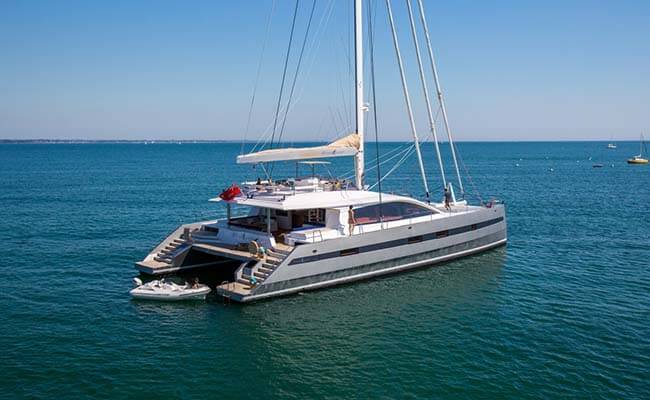 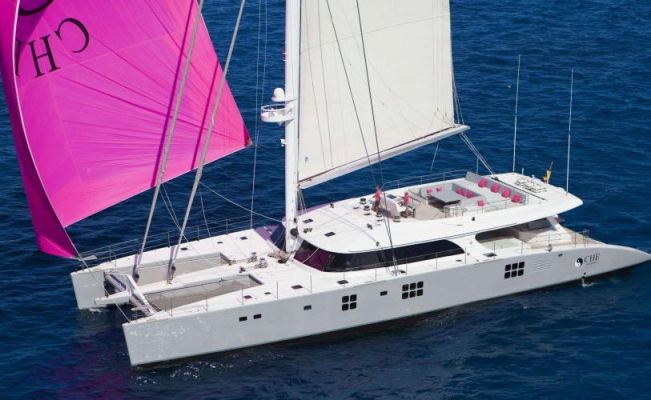